On Sunday, August 22, residents on the Northeast waited in anticipation for Hurricane Henri to make landfall. However, by the time it reached the shores of Rhode Island on Sunday afternoon, the storm had been downgraded to a tropical storm.

The storm made landfall near Westerly, RI, and was accompanied by up to 70mph wind speeds. The significant wind gusts caused 19-foot waves on the Northeast coast. 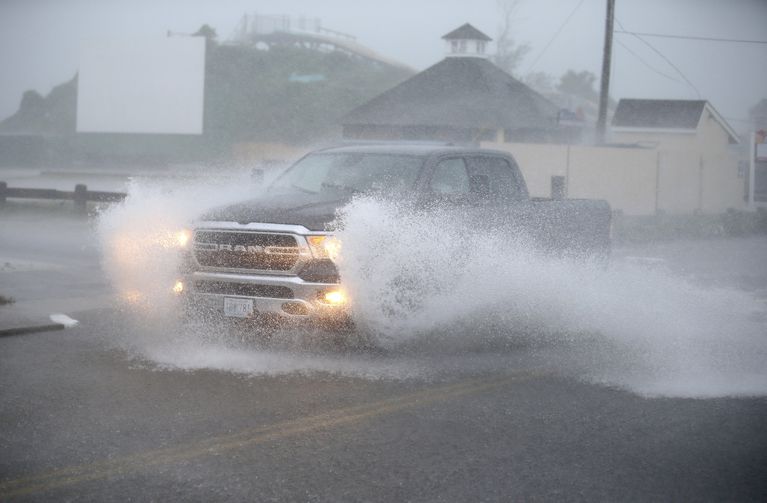 While the residents of Rhode Island were able to breathe a sigh of relief thanks to the storm’s downgrading, this did not prevent Tropical Storm Henri from lashing out at the Northeast coastline.

The slow-moving storm dumped buckets of heavy rain, which caused widespread flooding as far Southwest as New Jersey. The rising waters led to Rhode Island shutting down several of its large bridges, and in New Jersey, more than 200 residents were forced to seek high ground as the water washed into their homes. The vicious winds that accompanied the storm severed powerlines, leaving more than 140,000 households without electricity.

The National Hurricane Center warned residents to stay indoors and expect significant damages along the area’s coastline. President Joe Biden declared disasters for much of the Northeastern region and offered federal aid to those affected by the storm’s destruction.

As the storm moved inward later in the day, its wind speeds decreased, but the destruction continued. Several trees were uprooted, backyards demolished, roofing systems damaged, and vehicles left stranded in the flooded roads.

In Newark, 86 people had to be rescued by firefighters as they were left stranded by the severe flooding. In New York City, the storm caused record-breaking rainfall, with the area experiencing 2.24 inches of rain.

At Henderson Roofing, our trusted roofing experts are there to see to all your roofing needs. We offer fast and efficient roofing services to the local Rhode Island community. Give us a call today! What to Do if a Storm Damages Your Roof in Westerly

Hail and wind damage can wreak havoc on your Westerly roof.  Knowing the appropriate steps to take...

END_OF_DOCUMENT_TOKEN_TO_BE_REPLACED How Much Will New Vinyl Siding Cost in Westerly? Vinyl siding is a very popular choice for...

END_OF_DOCUMENT_TOKEN_TO_BE_REPLACED How Long Will My New Roof Last In Westerly?